Protecting your privacy and the confidentiality of your personal information has always been fundamental in the way we do business at Al Jadeed – Exchange.

“You” and “Your”, means the person visiting this Site and using our services.

The content of the pages of this website is for your general information and use only. Itis subject to change without notice.

Your use of any information or materials on this website is entirely at your own risk, which we shall not be liable.

It shall be your own responsibility to ensure that any products, services or information available through this website meet your specific requirements.

This website contains material which is owned by us. This material includes, but is not limited to, the design, layout, look, appearance and graphics. Reproduction is prohibited other than in accordance with the copyright notice, which forms part of

Unauthorized use of this website may give rise to a claim for damages and/or be a criminal offence.

This website may contain links to other websites. These are provided solely for your convenience and we shall not take responsibility for the content on the linked website(s).

We hold the right to introduce changes to these Terms of Use from time to time, as and when we deem fit.

Al Jadeed Exchange standards in service delivery and welcomes feedback from individuals, users of our services and anyone who works with us, on all aspects of our services. Such feedback is vital in helping us evaluate and improve our work.

The objectives of Al Jadeed Exchange policy and procedures are to:

Al Jadeed Exchange will ensure that we:

Definition of a complaint

A complaint is any expression of dissatisfaction by an individual, whether justified or not.

An individual may make a complaint if they feel Al Jadeed Exchange has:

This policy and procedure relate only to complaints received about Al Jadeed Exchange.

It is important to establish the difference between a concern and a complaint. Taking informal concerns seriously at the earliest stage will reduce the likelihood of their developing into formal complaints.

If you have any concerns about our work please tell a counter staff or their manager as soon as possible, so they can quickly understand your concerns and try to put things right.

If you are not happy with the response to your concern and/or you want to make a formal complaint please follow the procedure below.

Al Jadeed Exchange aims to settle the majority of complaints quickly and satisfactorily by the staff who provides the service. The complaint may be resolved quickly by way of an apology or by an acceptable explanation to the individual.

There are three stages to the complaint’s procedure:

This should be done within one month of receiving the outcome from the appeal.

Complaints information will be considered on a regular basis by the Management Team. Wherever possible the data will be used to improve and develop the service.

If you have any questions or concerns about our privacy practices, please write to us at info@aljadeedexchange.com.

We urge you to report fraudulent activities, not only to protect yourselves, but to protect others as well.

You can also report it to Al-Jadeed Exchange:

Customers are led to believe they are purchasing an item from a legitimate company or seller through the Internet. The customer purchases an item on the Internet and is instructed to make a payment through AJX. The suspect receives the money but no merchandise is ever received by the customer.

Victim is contacted by someone claiming to be from a governmental agency saying that money is owed for taxes, and it must be paid immediately to avoid arrest, deportation or suspension of driver’s license/passport.

Customers are tricked into believing they have won a lottery prize or sweepstakes, even though they did not purchase a ticket for the lottery or enter a sweepstakes drawing. Victims are notified by e-mail that their e-mail address was selected as the winner of a lottery or sweepstakes. In order to receive the winnings, the customer must send money to pay fees for processing, insurance, customs, tax etc.

The fraudster sends the victim a cheque that appears to be valid as payment for a service or product. Typically, the amount of the cheque exceeds what the victim expects to receive, and the fraudster tells the victim to send the excess back using a money transfer. When the cheque bounces, the victim is left responsible for the full amount.

There are various forms of Romance Scams known as on-line dating, social networking and “mail order bride” services. All of these scams involve tricking the customer into providing funds to a person the customer believes he/she has a relationship with. 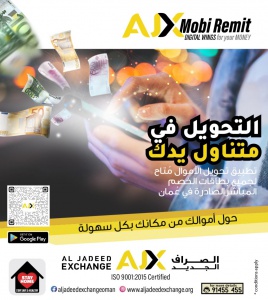 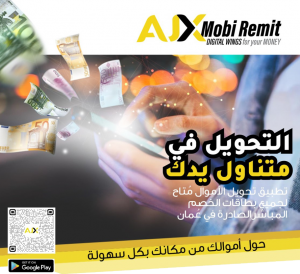